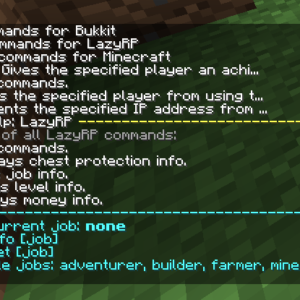 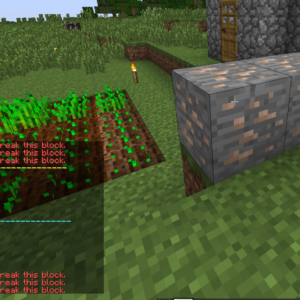 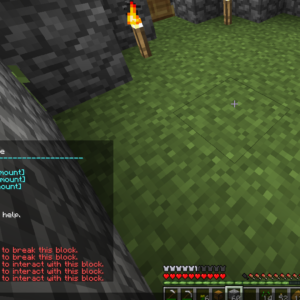 This is a plugin I made for vanilla minecraft running CraftBukkit. The goal was to have players use more teamwork and be depended on each other. This was mainly done through allowing and disallowing players to do certain things based on a job they could choose. The plugin had the following features:

The first version of this plugin only had a few jobs as seen in the image above. Each job has a small description and shows which things it can do. Each player can only choose one job and is depended on the work of other players for all their other needs. For example, a farmer is allowed to farm wheat and other plants, but only a miner can mine valuable ores like iron ore. A builder is allowed to place all the blocks in the game, while others are stuck building with basic blocks. An adventurer can evade enemy attacks and loot some extra cash as a bonus reward.

I made the whole plugin from scratch myself, but of course my friends were very valuable in giving feedback and playing on my server to see if it was any fun. I did make a second version of this plugin which had a new features like a taxi service and more job effects as well as more jobs like armor and weapon smith, a nether walker, a mechanic, a chef and more. This version was almost done, but never finished a full completion state.