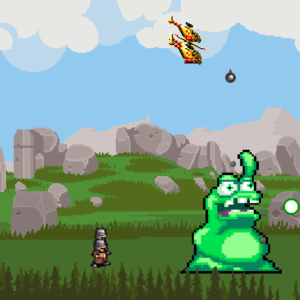 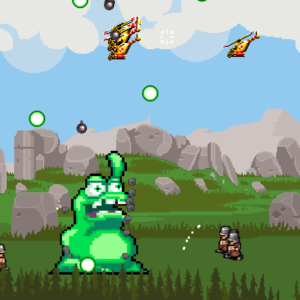 For a course on functional programming, the final assignment was to create a game inside the programming language Haskell. We ended up choosing the same game concept as the Rampaging Monster Mayhem game jam game, simply because the game didn’t have to be super complex and I already had the sprites ready. Obviously the Haskell variant had some changes and less gameplay elements. This was mainly due to the fact we were still learning Haskell and we had other school projects to do.

I ended up doing most of the work on this project.