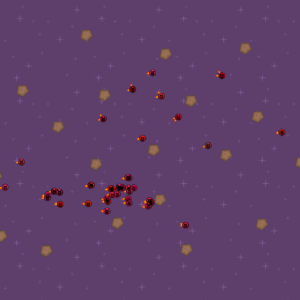 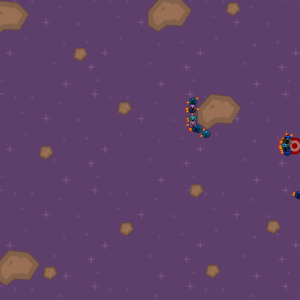 This project had 2 purposes: to learn about procedural content generation and how to apply design patterns into games. We decided to give ourselves an extra challenge by trying to combine 2 courses into 1 project. The goal was to create robots that could “learn” how to navigate a static obstacle course through genetic algorithms.

Each robot always has 5 thrusters available. Each thruster can move the robot in another direction based on these attributes:

Initially these attributes will be completely random, but through evolution via the genetic algorithm, the robots will “learn” which thrusters to use in order to reach the target. Every robot will then get a score based on the following questions:

Most things were pair programmed, but my biggest contributions were on the general implementation of genetic algorithms, the fitness score and the UML design to combine all design patterns.

The demo can be found here. A new generation is made every 15 seconds.